Apartments Trpanj, peninsula Peljesac - Browse through our offer of private accommodation in apartments and holiday houses in Trpanj, Croatia. Large offer, with most detailed descriptions available. Great prices and fast on-line booking of accommodation for season 2021! 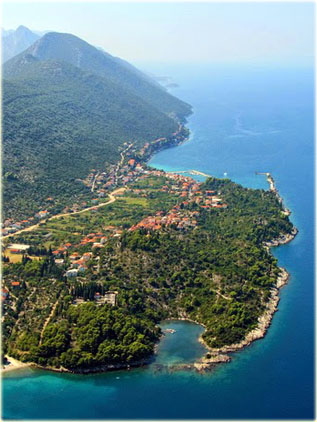 Trpanj - The beginning of history

The region happens to be inhabited after ancient times . Instances of prehistoric pottery , indication that the area was probably a inhabited by an urban-type culture , were discovered on the slopes of Gradina , the minute knoll facing the harbor . Additional remnants of prehistoric man they were discovered on the St . Roko knoll . Lifestyle out there will most likely not have been effortless since it is situated between barren cliffs to the north along with the Miloševica , Viter and Prvač Dol hills to the south .

The very first remnants of Roman occupation were stumbled on in 1922 , when a mosaic was revealed in a local park under the Gradina hill . In 1963 , fortifications of a Roman “villa rustica” they were discovered , as well as a foundation of a Roman column and also an inscription from the second or maybe third century AD . The time the Romans obtained the region they came across Illyrians , who were dwelling on the slopes of Gradina . Based on the Dubrovnik historian Jakov Lukarić , the very old fortress , Tarpano or Tarponio , was ruined by Julius Caesar while he was combating the Illyrians . Because of this , the previous dwellers of Trpanj rendered the three towers as the municipal emblem . Additional proof of Roman existence was protected over the ages by a deep coating of dirt brought over the centuries by the Potok brook .

Throughout the Goth dominance of Dalmatia in the 6th century , Byzantine emperor Justinian I constructed a range of defenses along the coastline , such as the one at the head of Gradina , so that they can rebuild the lands abandoned to invading tribes in order to guarantee risk-free flow of exchange . Through-out ages the Neretva channel was an essential merchant marine route . Regular adjustments of state borders practically never induced the traffic to halt . Ancient greek ships utilized the channel to carry materials for the making of incense to Corinth , since Romans primarily used it to buy and sell wine in amphoras . Afterwards Neretva princes enforced tributum pacis ( "peace tribute" )which required that anybody buying and selling the region required to reimburse them a peace tribute .

On the leftover of the old world the modern Croatian population constructed their particular historic monuments . For instance , the initial as well as most significant christian church of the middle ages Trpanj , committed to St . Peter , was erected on the remnants of a Roman villa .